Woody Nook is a Boutique Winery located on Metricup Road in The Margaret River Region. They have been creating wine for over 25 years with the first crush taking place back in 1987 and the vineyard now comprises of some 17 hectares of vines.  The original vineyard is non-irrigated and handpicked and includes cabernet sauvignon, shiraz, merlot, sauvignon blanc, chenin blanc, chardonnay, semillon and cabernet franc.   The new 8 hectare vineyard, planted with rootlings in 2007, produced its first sizeable vintage in 2010 with more of the same varietals but also two Spanish ones, tempranillo and graciano.   These blocks will be irrigated until the vines reach greater maturity and are currently machine picked.  From a 4-5,000 case production for the past ten years, this figure had almost doubled by 2012.  However, with a 75-100 tonne crush, Woody Nook will still be well within the definition (250 tonnes) of a genuine boutique winery.

Woody Nook, engaged WA Alternative Energy to perform a detailed Viability Report to determine how they could reduce the energy consumption costs for their business. Woody Nook wanted to both reduce its electricity consumption and try to reduce its ongoing increasing costs from its retailer. It was determined a 30 kW solar energy system was the best fit for the site.

The 30kW solar energy system was built on the winery building. The system will reduce the electricity consumption from the grid by 40% and reduce their electricity costs by 40%. 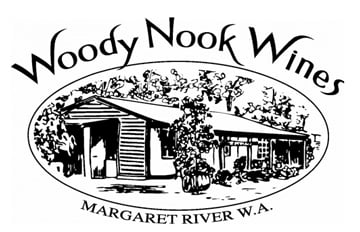